We have to worry about monarchists now? 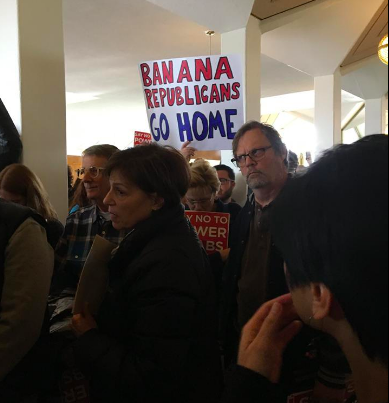 One of the few bright spots of 2016 was North Carolina, where Republican Governor (and terrible human being) Pat McCrory was defeated. It’s been interesting to watch how McCrory and his fellow North Carolina Republicans handled the loss. Despite losing, McCrory refused to concede for weeks demanding a recount and alleging voter fraud.

This week, the Republican-controlled North Carolina state legislature have called an “emergency special session” to strip away as much power from the incoming Democratic Governor as they can get away with. Based on the headlines I’m seeing, I don’t think they’re even bothering to try and spin their power grab as anything but.

North Carolina has been top of mind for me this week as I’d been planning to write about the so-called neoreactionary movement or The Dark Enlightenment. As I was putting together my notes for this piece, I couldn’t stop thinking about how they’re connected

Neoreactionism is the anti-democracy strain of the alt-right. Neoreactionaries reject egalitarianism and systems of government that strive for it. They believe that democracy has done humanity more harm than good, and have been building support for their worldview on the internet for a few years now.

TechCrunch first covered neoreactionaries in 2013 with the fluffy headline “Geeks for Monarchy: The Rise of the Neoreactionaries.” The article notes that neoreaction is “minority position that will probably never catch on beyond a tiny cult following” but still compiles a substantial reading list because even in 2013 a lot had been written.

I’ll be honest, when I first read about neoreactionaries last year I didn’t take it seriously. Here was a group of people on the internet arguing in favor of a return to monarchy and traditional gender roles. It seemed too ridiculous to be true. I scoffed when reporters chose to include these folks in their stories about the so-called alt-right. How could anyone mistake this for a serious political movement?

But just over a year later, here we are. We’ve elected a president who openly celebrates that the rules don’t apply to him, buoyed in part by a group of people who believe equality and democracy are bad for humanity. For years, the Republican Party has worked to starve our government into submission. But now the GOP’s agenda has been overtaken by a group who want to end our democratically-elected government entirely.

What’s happening in North Carolina is worrisome. Not because McCrory or his colleagues in the legislature believe in neoreactionism (or would even know what it is) but because they’re reached the point where winning matters more than the democratic process. If they need to break democracy to win, they’re willing to do it. As the so called alt-right has grown online, elected Republicans have become emboldened. We saw this with the GOP-controlled U.S. Senate’s refusal to even give President Obama’s Supreme Court nominee Merrick Garland a hearing. And we’re seeing it with Trump’s refusal to even pay lip service to his multiple conflicts of interest. 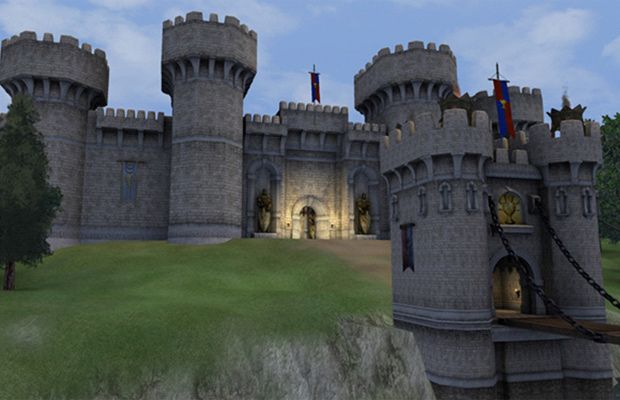 With few exceptions, Republicans have decided that they need to win at all costs. If they can’t win by the rules, they’ll change them, break them or ignore them entirely. They’re willing to break our democracy for their own means. Even if elected officials wouldn’t cop up to being neoreactionists or supporting them, the Dark Enlightenment crowd gives them cover.

And since we can’t talk about the right online these days without talking about Russia, I’m going to throw some Putin into the mix. The Atlantic has an article that explains Putin’s own efforts to destabilize democracies, including the U.S., for his own interests:

And so Putin’s regime has been embarked for some years now on an opportunistic but sophisticated campaign to sabotage democracy and bend it toward his interests, not just in some marginal, fragile places but at the very core of the liberal democratic order, Europe and the United States. As The Telegraph reported in January, Western intelligence agencies have been monitoring a Russian campaign on a Cold War scale to support a wide range of European parties and actors—illiberal parties and politicians of both the far left and far right—that are sympathetic to Russia and Putin. This includes not just newer neo-fascist parties, but anti-immigrant far-right parties like the National Front of France—which obtained a 9 million euro loan from a Russian bank in 2014—and the Freedom Party of Austria, both of which have been gaining popularity for some time. While the Freedom Party lost the election for Austria’s ceremonial presidency last Sunday, its candidate, Norbert Hofer, won over 46 percent of the vote, and it remains the third-largest party in the parliament, poised to do better in the next elections.

Long term, the right wing can only succeed if a majority of Americans stop believing democracy is worth the effort. The evidence suggests it’s working. In an October poll from SurveyMonkey, 40% of American respondents reported that they had lost faith in democracy. And a recent Harvard University study concludes that global support for democracy has plummeted saying that “across the board, citizens of stable liberal democracies have grown jaded about their government.”

Truth be told, the past few years have shaken my own faith in democracy. The same might be true for you. As we’re coming up with strategies for countering the right wing, I think it’s important that we acknowledge where our own heads are at. It would be easy to look at what’s happening in North Carolina and wonder why we bother at all. But that hopelessness only helps to normalize neoreactionist beliefs even further.

I’ve got questions. You’ve got answers.

Two weeks ago I asked for your thoughts on using the term alt-right. I’m actually still a bit on the fence about it but it turns out I’m the only one. Here are a couple of my favorite responses.

I favor using “white supremacists” or “white nationalists” (or maybe just “dangerous terrifying racists”) as the most accurate way to characterize the “alt-right.” I am not persuaded that the anti-democratic impulse is anything new. “Alt-right” is a euphemism that just obfuscates the movement’s danger. I suppose we could say: “social-media savvy white supremacists who are threatening to democratic norms” — but there’s no reason to bury the lede or avoid calling them what they are.-Joe Dinkin

While I understand the concern that using the term Alt-Right makes them seem benign and possibly even “cool,” replacing it with Alt-Reich and white supremacists also falls short. Misogyny is the hatred which originally drew them to one another. MRA types. Then their hatred of SJW’s and multiculturalism flourished and a white supremacist position took hold. Now the Alt-Right is a hodge-podge of hate, with racism and all forms of bigotry providing cohesion….
I’ve been trying to think of a term that combines the misogyny and white supremacy but no luck as yet. I just feel it’s vitally important to keep their hatred of women front and center, along with the white supremacy.

Here’s my next question for you. What belief about politics will you leave behind in 2016?

No newsletter next week as it’s Christmas Day and I don’t anyone’s holiday spoiled by thoughts of Pepe the Frog. I’ll send out a shortened edition sometime during the following week. We’ll resume the normal Sunday schedule in 2017.

As always, thanks to Nicole Belle for copy editing. Happy Holidays!