We learned a valuable lesson this week: Republicans in Congress can still be shamed.

The about-face is significant because it is a strong signal, if one were needed, that public opinion still matters. Despite losing the popular vote for the White House and getting fewer overall votes for Senate seats than Democratic candidates, Republicans are on the verge of controlling all three branches of government, and have telegraphed their intention to ram through the most aggressive agenda possible. Tuesday’s faceplant suggests less may be possible than Republicans think. (Huffington Post)

House Republicans had the numbers to accomplish gutting the Office of Congressional Ethics. But less than 24 hours after the news broke, the caucus did an about-face. Victory was swift, and though it might be temporary, we now have a tactic that we know can be effective.

In a world where our president-elect seems incapable of feeling ashamed, it would be easy to dismiss shame as a tactic. And the truth is we probably can’t shame Trump, nor can we shame the trolls who gleefully support him. But we can start to peel away Trump’s support by strategically using shame. We can make association with Trump or agreement with his views toxic.

Jessica Valenti wrote a column about shame this week that really struck me. She makes the point that Trump supporters “know what they are doing is wrong. And it’s our job to remind them of it.” Certainly, congressional Republicans know what they’re doing is wrong too. That’s why the House took the ethics office vote in secret. And why Senate Republican leadership has scheduled six cabinet confirmation hearings on the same day, making it especially difficult for the public and reporters to observe them. Trump might not be capable of feeling shame, but clearly there are some GOP electeds more sensitive to it.

Brené Brown defines shame as “the fear of disconnection.” With apologies to Ms. Brown (who would not advocate shame as a tactic), I think this a really useful way of thinking about it. Shame is a way of setting a boundary. A way to inform others what is and isn’t acceptable behavior in society. Essentially we have to make our targets afraid of being banished from the island.

We can’t alienate every elected or Trump supporter. But we can peel away enough of them to make it difficult for Trump and the GOP to get things done. And the so-called alt-right gives us plenty of material to use for that purpose. A few prominent Republicans are already embarrassed that their party has been co-opted by the frog squad. We need to do everything that we can to drive that wedge.

This week will provide ample opportunity to shame lawmakers in DC. Marci Harris of POPVOX has written a comprehensive guide to help folks get started.

When Irish Eyes are Throwing Shade

This week, The Irish Times found itself at the center of a social media storm when it published an “explainer” on the so-called alt-right. I use explainer in quotes because it read like the FAQ of an alt-right fan page online. The author is Nick Pell, an American living in Ireland and one look at his Twitter account tells you he identifies with the movement. Condemnation on Twitter and Facebook were immediate and the paper was forced to write a piece explaining why it published an article clearly written by an alt-right super fan. 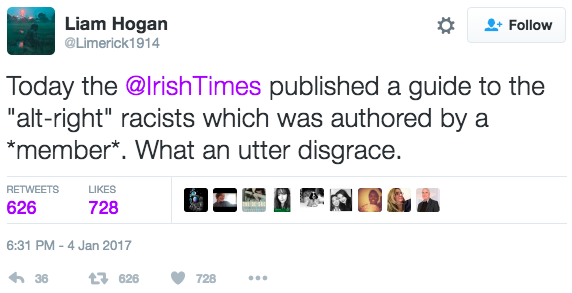 The Times also published a scathing rebuttal from journalist Una Mullally who did not mince words about why her paper shouldn’t have published the piece:

There are of course many ways to talk about the so-called “Alt-right” – a purposefully fluffy term for white supremacists, fascists, Nazis and others – but publishing a racist, misogynistic, trolling glossary is not one of them. I do not believe we should be interested in humouring fascism. I believe we should be invested in destroying it.

Since we’re talking about shame this week, I wanted to highlight this example. Again, Trump and his army of trolls might not be capable of feeling shame (check out Pell’s Twitter account if you don’t believe me) but we can make people of influence, companies, and institutions think twice before they amplify those voices.

It didn’t take that much shame to put The Irish Times on the defensive. As news outlets across the globe are tempted to normalize the so-called alt-right and validate their hatred, it’s on us as consumers and citizens to draw a line in the sand. 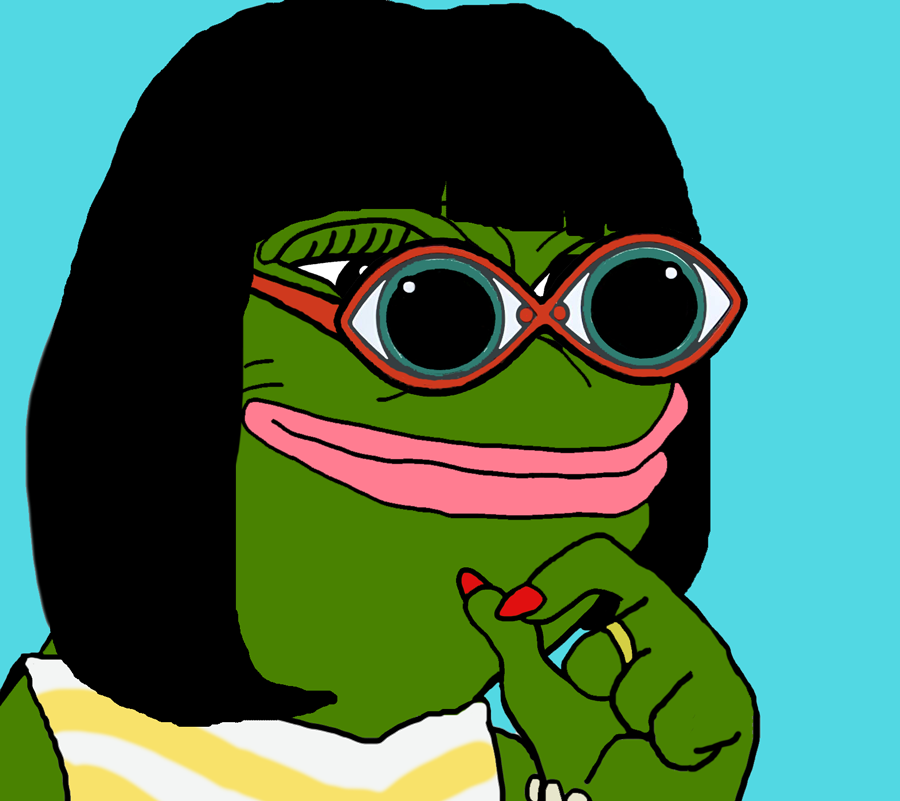 Next month, I’m participating in a debate on fake news hosted by the Daily News Innovation Lab. It’s in NYC on February 9. Learn more and RSVP here.

Several folks asked me to post last week’s article How Trump’s Army Beat us Online so it could be shared. Thanks for pushing me to do this because it’s gotten an amazing response online. Moving forward, I’ll post the main article of each newsletter to Medium for sharing.

And since a few people have asked, yes, you can forward this email. Please do and encourage others to subscribe! Ctrl Alt Right Delete has over 1,000 subscribers now — all through word of mouth and social media. Thank you for the continued support. I appreciate it!

That’s a wrap. Thanks as always to Nicole Belle for copy editing.