This email is SUPER!

Last Sunday I went to the White House to protest Trump’s #MuslimBan along with a massive crowd of my fellow DC residents. Much of the signage I saw was recycled from the Women’s March only a week before. My husband and I kept joking to one another about how we should probably just make and laminate some boiler plate signs. Because we’d have plenty of reasons to use them over the next four years.

Direct action is one of the most powerful tools we have against Trump and the so-called alt-right. Apparently, it only takes 3.5 percent of of a population participating in direct action to topple a dictatorship. When you consider that an estimated 1 percent of Americans participated in the Women’s March, getting from 1 to 3.5 to topple Trump feels completely doable. Marches are a gateway drug and sustaining a movement requires a wide array of tactics. What we do over the next few months will be critical in evolving our early momentum into a movement. 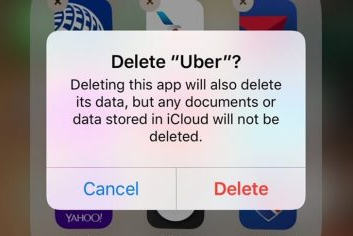 #DeleteUber, a social media campaign, won a victory this week. Uber CEO Travis Kalanick, probably after some number crunching, decided that cooperating with Trump was a bad business decision. He’s not the only one. Nordstrom and Neiman Marcus both announced that they’ll be dropping Ivanka Trump’s clothing line, and tech companies are drafting an open letter to the Trump administration outlining their opposition to the #MuslimBan.

A new frame is emerging: Associating with Trump is bad for your business. It cuts right into Trump’s core argument for his presidency, and considering the purchasing power of the opposition (3 million more votes for Clinton than Trump alone) it’s easy to see a climate where businesses fear that supporting or associating with the Trump administration will cost loyal customers and revenue.

The frog squad are trying their hands at this tactic as well but so far they haven’t had great success. Their first #TrumpCup protest against Starbucks involved sending people out to buy more coffee at Starbucks! Now they seem to have figured out how boycotts work and are properly boycotting Starbucks. They’re also boycotting Budweiser over a pro-immigration Super Bowl ad. However, a search of the #BoycottBudweiser or #BoycottStarbucks conversations on social media reads more like a campaign of targeted harassment than an actual effort to pressure corporations. The tone of their conversations online makes it easier for corporate America to ignore them.

We can’t make every corporation turn their backs on Trump, but we also don’t need to. We just need enough key victories to make companies think twice before they work with him. There’s already a site tracking what companies have come out against Trump’s #MuslimBan. I expect we’ll see a lot more actions built around corporate pressure and boycotts in the near future.

Dispatch from the Frog Squad

I spend a lot of time monitoring Trump’s army online. They know our early direct action is having an impact too, and they’re worried. They’re actively trying to insert the idea that protestors are all violent thugs paid by George Soros into the public conversation.

There’s also a lot of self-policing going on, especially on reddit. Which makes sense given that reddit shut down the alt-right sub reddit this week. They’re worried about increased scrutiny from the general public and also concerned that the resistance learned from their own ratfucking and has since adopted their tactic. (BTW, while the protesters are on Soros’ payroll, the digital infiltrators are all being paid by David Brock.)

We’re rattling the frog squad, something I wouldn’t have thought possible a few months ago. Turns out they’re as thin-skinned as their leader, which is very

That’s a wrap. Thanks as always to Nicole Belle for copy editing. As a final treat, enjoy this tweet from JK Rowling, who has mastered the art of clapping back at the frog squad.