Today’s runoff election in France is front page news in the U.S. Marine Le Pen hoped to win an upset victory and become the Donald Trump of France, but those hopes were dashed when Emmanuel Macron won in a landslide. The so-called alt-right in America did everything they could to boost her campaign, hoping that Le Pen could stun the world with a victory in the same vein as Donald Trump but they failed. 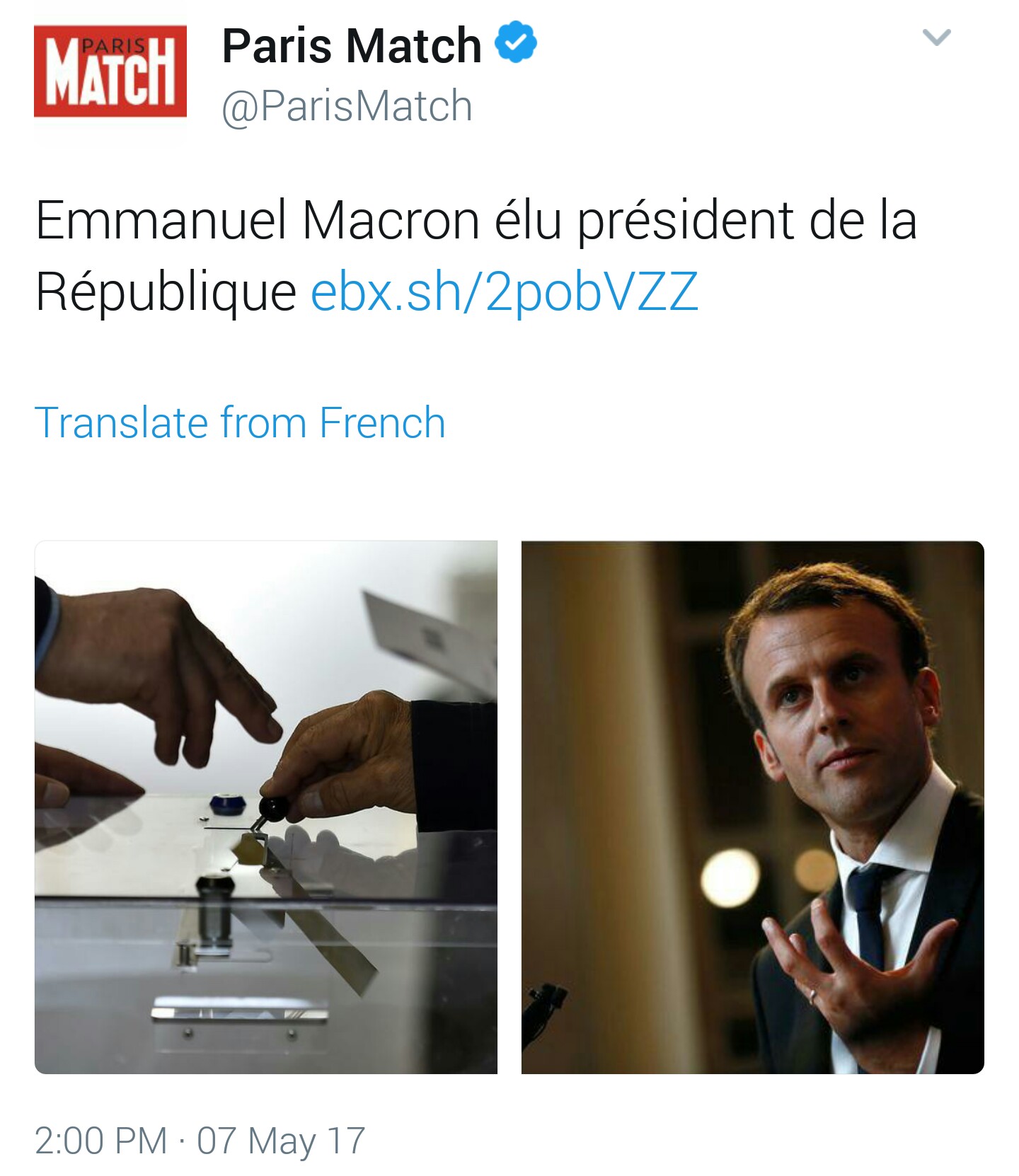 This buzz of online activity culminated late Friday night when Le Pen’s opponent Emmanuel Macron’s campaign was hacked. Macron hardly had any time to respond before the mandated 44 hour pre-election coverage blackout but they did say some of the documents leaked are forgeries mixed with actual documents. The so-called alt-right in the US did everything they could to amplify the #MacronLeaks hack, and finally, American outlets beyond Buzzfeed and a handful of others are reporting on their activities.

If you want to see how the frog squad (and their Kremlin operative friends) organize their political attacks online, this twitter thread from Buzzfeed’s Ryan Broderickshows how they disseminate their attacks from 4chan, to reddit, to social networks, search, to French media, all in anticipation of the final drop from Wikileaks. It’s a textbook example of how the frog squad operates. There’s also already some early analysis about who was actually using the #MacronLeaks hashtag and counter measures being taken to limit the hack’s effects in the final hours.

For many in America and other parts of Europe, France felt like a bellwether for whether small-d democracy could be saved. Macron framed his candidacy as the only way to save the concept of democracy in France. This week, Macron received his own boost from America when former President Barack Obama endorsed his candidacy, a highly unusual act that also illustrates how global the stakes were. 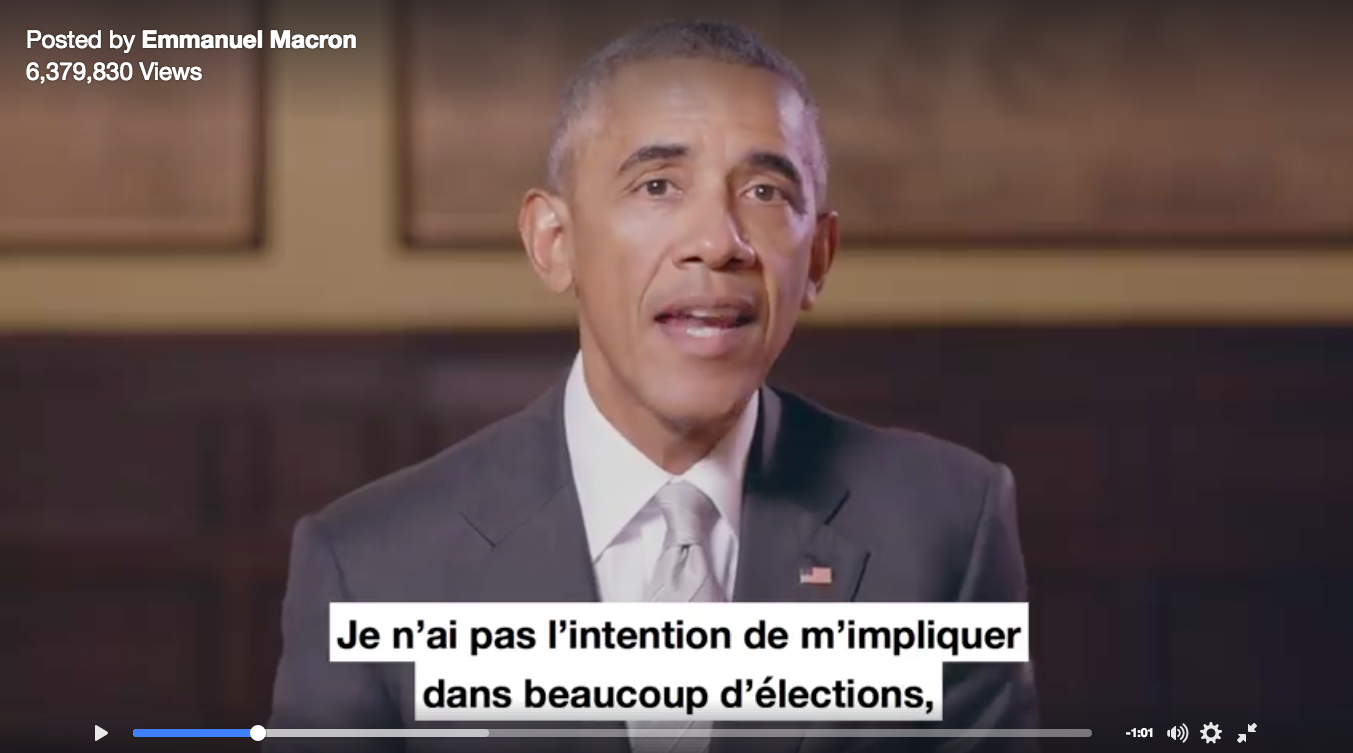 I’m greatly relieved by Macron’s victory. I’m also pleased to see so much comprehensive news coverage of the hack, online activity around it, and the similarities between France and the U.S.  Presidential election. Between France and the recent Dutch elections it looks like Europe as a whole isn’t buying into the hyper-nationalist, white supremacist movement that fueled both Brexit and Donald Trump. And here in the U.S. we’re more fully aware that the fight against Trump and the alt-right coalition is global.

I Named My Tumor Pepe

I’ve never appreciated having health insurance more than I did upon discovering that I had a freakishly large fibroid tumor growing inside me. There were a thousand things my husband and I had to worry about, but how we were going to pay for everything wasn’t one of them. When I started telling people about the procedure I was struck by how many friends said they were thankful I had access to good health care. Because we all know people that don’t, even with Obamacare. And we all know how not having health insurance can be fatal.

After the debacle that was round one of Trumpcare, I didn’t believe House Republicans would get Obamacare repeal over the finish line. Because while the resistance is more energized than I’ve ever seen the American left in my adult life, there’s still no oxygen for health care from Trump’s base. I spent some time scanning The_Donald subreddit and #MAGA discussions on Twitter and the conversations were generally unfocused and low energy. Some people were gloating that this was a huge victory for Trump, others were skeptical because it was still Paul Ryan’s bill, and still others were trying to understand what the bill actually was. There wasn’t a unified message or even a dominant narrative. 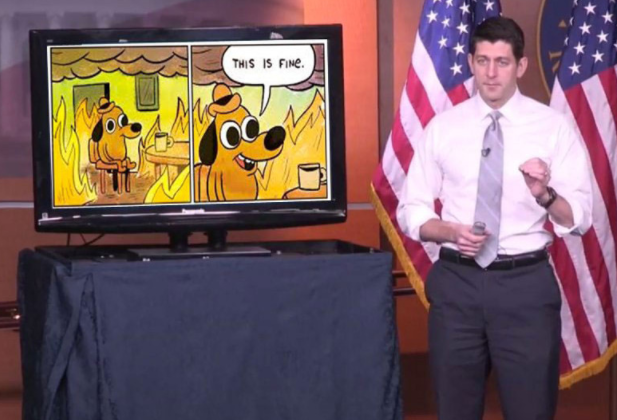 There are several organizations dedicated to engaging citizens in this fight so I won’t get into that too much but I do want to highlight Michelle Goldberg’s recent piece in the New York Times about just how energized our side is right now:

Democrats have their passionate local leaders, but they’ve lacked a Schlafly-style nationwide network of kitchen-table activists. And outside big cities, the party has allowed its local infrastructure to wither.

Mr. Trump is changing all that.

For many Democrats, his election was a traumatic event that demands a response, lest their country become unrecognizable. Democratic women, especially, find it intolerable and degrading to call Mr. Trump their president.

“The story we hear again and again and again is that it’s moms and other women who came together after the election and said, ‘This is totally unacceptable,’ ” said Ezra Levin, one of Indivisible’s founders.

I’m often asked how the left can possibly sustain outrage and anger through the entire Trump administration. Progressives worry about this a lot, probably too much. Because while I appreciate the reminders of self-care and the concern for our overall well-being as a resistance, I also know that the right has been fueled by rage for decades. They’ve built their entire organizing and communications infrastructure around rage and outrage, and what we’re seeing online is those same messages turbocharged in right wing social media feeds. If I’ve learned anything from the Obama years, it’s that there is no limit to how long outrage can be sustained.

What I will say is that outside of Trump and House Republicans, no one wanted this bill. The Senate clearly doesn’t want to deal with it, and the frog squad aren’t engaged at all. As we saw this week, that doesn’t guarantee anything, but we can use it as a weapon. The resistance will continue to ramp up our efforts, but we won’t see much in the way of counter-protests from Trump’s base or traditional right wingers. When it comes to Obamacare, the GOP’s well-oiled outrage machine is out of gas.

While you were (understandably) angry at FBI Director James Comey for reminding us of his role in the 2016 election, what he said about Russia in his Senate Intelligence hearing testimony is important. It got lost in a fog of Clinton coverage last week, so I want to highlight his testimony on Russia. Comey gave a good overview of Russia’s past actions in his opening statement, but he was also blunt that the Kremlin is still targeting us and that he absolutely expects Russia to continue:

COMEY: I’ll let my — maybe I’ll just say as [an] initial matter, they’ll be back. And they’ll be [back] in 2020, they may be back in 2018 and one of the lessons they may draw from this is that they were successful because they introduced chaos and division and discord and sowed doubt about the nature of this amazing country of ours and our democratic process.

It’s possible they’re misreading that as it worked and so we’ll come back and hit them again in 2020. I don’t know but we have to assume they’re coming back.

Next week, we’ll learn a lot more about all things Russia, 2016, and the Trump administrationwhen Sally Yates appears before the House Intelligence Committee to offer her testimony.

Time Keeps on Slippin’ Into the Future

I want to thank Political Research Associates for guest editing Ctrl Alt Right Delete last week. If you haven’t already, make sure you check them out. You could spend hours reading the articles on their website, and their new Tools for Organizers is a handy compilation of resources.

The Reader Survey indicates that y’all want more content from experts. 74% of respondents said that you wanted to read essays and explainers from guest contributors and 69% said you wanted interviews with experts. I’ve already started reaching out to potential guest contributors and people to interview, but I’d love to hear your suggestions as well. Reply to this email with your suggestions, nominations, and pitches.

Thanks as always to Nicole Belle for copy editing, and for all the moral support she’s offered all through the process of bringing this newsletter to life.