Gun Extremists and the Frog Squad 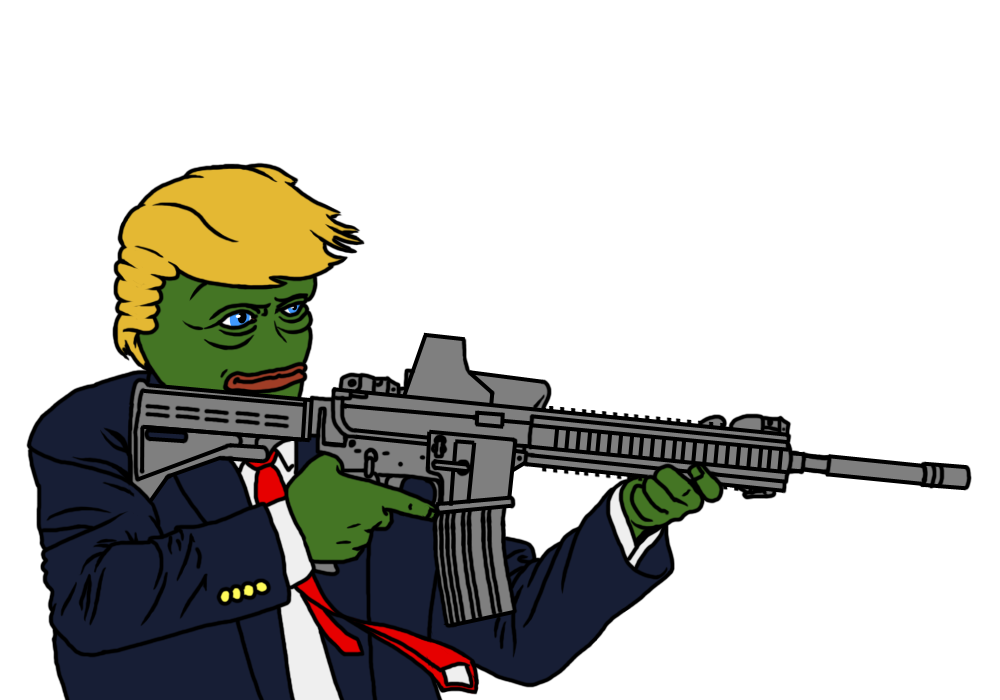 Two or three young white guys with assault rifles and handguns patrolled the perimeter of the rally, a silent, threatening presence in a peaceful park. It was a Saturday in Portland, Oregon in early 2013, two months after the mass shooting at an elementary school in Newtown, Connecticut and about 100 activists – mostly women and families – had gathered downtown to call for stronger federal gun laws.

The gun-toting men weren’t breaking the law, but while perfectly legal, it was certainly an effort to intimidate the new activists. The armed men were the physical manifestation of an online army that had begun conducting an extreme harassment campaign against the women of this new movement.

I was part of this movement. We weren’t professional activists; we were mothers who’d had enough violence and wanted change. But suddenly, many of us were also targets of harassment and hate. The gun extremists doxxed some of us, publicizing the home address of one prominent leader along with a slew of violent memes including one showing her bleeding from a knife to her skull (no, I won’t link to it). The extremists made and circulated videos of target practice with images of activists as the targets. They bombarded the comment section of any news article mentioning our movement. They particularly enjoyed playing games on Facebook, spamming the comments of our page and creating identities to harass activists, and when they got banned, they’d start over the next day. Their messaging was petulant, most was misogynistic, and all reflected a worldview that their life was under attack. Sound familiar?

As with the alt-right coalition, the gun extremists developed their own media echo chamber. They had right-wing radio staples like Alex Jones’ InfoWars, but niche online publications and innumerable Facebook pages and Twitter accounts also sprang up to spread the message and memes, and mobilize supporters. 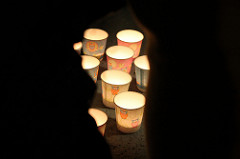 Their bullying, coupled with a hard tack to the right by the National Rifle Association, may not have silenced our activists, but it did work on politicians. In April 2013, when the Senate was preparing to vote on a bill that included universal background checks for gun purchases, 91% of Americans and even 88% of gun owners supported that legislation. That’s unheard of political support. But even so, gun extremists were a more vocal constituency. Republican senators, along with a handful of Democrats from red states, buckled. Along with dozens of other activists, I watched the from the Senate gallery as the bill failed. The grandmother who’d grabbed the gun away from Gabby Giffords’ shooter shouted from the Senate gallery, “Shame on you!” and was promptly removed from the Capitol on the grounds that she was disruptive.

Gun extremists are now part of the alt-right coalition, embraced by none other than Milo Yiannopoulos. It makes sense: both use the same tactics and have the same outsized effect on politics. Their use of digital tools to amplify their message is consistent, as is their misogyny, racism and penchant for political destruction. Finding a way to counter their narrative is critical to progress on a slate of political issues and, generally, stabilizing our democracy. Stay tuned for more from Melissa and me on this latter point.

Jenn Fiore works at the intersection of tech, politics and communications strategy. She’s the former Deputy Assistant Secretary for Public Affairs at HUD and co-founder of Campaign to Unload. Follow her on Twitter @jennifer_fiore.

Monday: “To state the obvious, you don’t want your national security adviser compromised by the Russians.” –Sally Yates

Tuesday: Trump to James Comey “You’re fired!.” More accurately Trump to cable news: Comey’s fired. We can’t find him. Can you tell him for us?

Wednesday: White House Official: “They tricked us. That’s the problem with the Russians — they lie.” We also learned that Comey had asked for more resources for the Russia investigation before being fired. Trump tweeted a lot.

Thursday: “This story has been updated to more precisely describe White House press secretary Sean Spicer’s location late Tuesday night in the minutes before he briefed reporters. Spicer huddled with his staff among bushes near television sets on the White House grounds, not “in the bushes,” as the story originally stated.” –Washington Post, Editor’s note. Also Trump basically admitted he fired Comey over the Russia investigation. Also Comey and Trump had the most awkward dinner ever in January.

Friday: President Temper Tantrum has an epic meltdown on Twitter. He floats canceling all future press briefings and implies that he taped conversations between him and Comey.

When will the madness end? If you’re wondering why Mitch McConnell and Paul Ryan haven’t reached their breaking point, here’s some food for thought: The frog squad are still standing firmly with Trump. Over in #MAGA-land, they believe Trump is the victim of a vast deep state conspiracy and that this is all liberal hysteria. Right wing media coverage is running with that message. And as retired right wing radio host, turned Never Trumper, Charlie Sykes points outthe current mantra is that “If Liberals Hate Him, Then Trump Must Be Doing Something Right.” Finally, The New York Times reports that the GOP base is with them on this:

More clearly than other recent Trump-induced uproars, the reaction to the Comey firing illustrated how many conservatives now justify their defense of the president as part of a fight against a rising tide of overreaction and manufactured hysteria by the left. Mr. Trump, who has long understood the political power of demonizing his opponents as crazed and irrational, has helped stoke those resentments.

“In a word, they see him as their voice,” said Frank Luntz, the Republican consultant and pollster. “And when their voice is shouted down, disrespected or simply ignored, that is an attack on them, not just an attack on Trump.”

We can’t count on GOP electeds to come to their senses to put country over party. Any strategy that involves this happening should be scrapped. They’re more afraid of Trump’s base than they are of us. And Trump’s base will stick with him to the bitter end.

I want to thank Ruth Ann Harnisch for her generous contribution. Ruth was an early subscriber and booster of Ctrl Alt Right Delete. I appreciate her continual support and her patronage.

And thank you Nicole Belle. Both for copy editing this newsletter every week, and for sending me this tweet!