All week, I’ve been trying to imagine the uproar if Tony Blair or Jean Chrétien had responded to the 9/11 terrorist attacks by criticizing Rudy Giuliani, NYC’s mayor at the time. The condemnation would have been swift, bipartisan (in the US), and likely global. Not to mention the genuine shock and outrage because such a dick move would be unprecedented.

But last week, when Trump’s first instinct after learning of the terrorist attack in London was to attack its elected mayor, Sadiq Khan, on Twitter, few were shocked. Though news outlets in Britain and the U.S. covered the tweets and Khan’s response the way US Weekly might cover a celebrity feud, no one was actually shocked by Trump’s behavior. It’s what we’ve come to expect from the current American president. 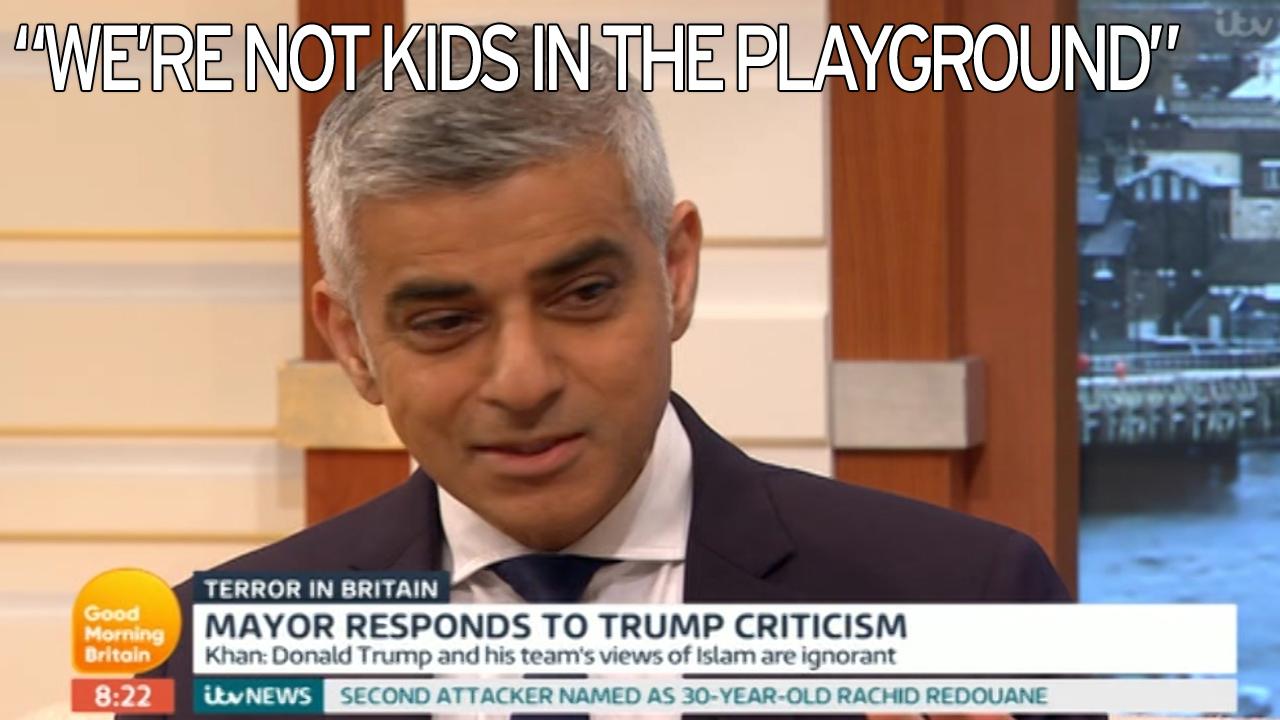 Here’s the thing: it’s also what Trump’s base wants from him. They’re white supremacists at the core and Trump repeatedly going after Khan, a Muslim, on Twitter is red meat for them. There’s also the fact that Trump supporters are nationalists, and we know their movement is globally organized to fight globalism, but also support white supremacy via nation states. There’s no better target for Trump and the alt-right coalition’s rage than Khan, whose political career and views are the embodiment of what they want to destroy.

I worry that with all the (understandable) focus on Russia and the Comey hearings, we’re not talking enough about the role of white supremacy in our current political discourse. Strangely, we’re also not talking at all about the way Kremlin-based influence operations in the US have tapped into white nationalist political communities much in the same way that the Trump campaign tapped into white nationalists and neo-Nazis.

We still don’t know how much of the alt-right is organic and how much of it are Kremlin trolls and bots, but there’s plenty of documentation of the frog squad’s love for Russia and Putin. Per Business Insider:

But the extent to which the alt-right has found a natural ally in Russia’s current zeitgeist — which perceives the US as a globalist, imperialist power working on behalf of liberal elites — is hard to overstate.

Self-described white nationalist Matthew Heimbach, who said he identifies as a member of the alt-right, has praised Putin’s Russia as “the axis for nationalists.”

“I really believe that Russia is the leader of the free world right now,” Heimbach told Business Insider in a recent interview. “Putin is supporting nationalists around the world and building an anti-globalist alliance, while promoting traditional values and self-determination.”

As Quartz points out, the affinity between white supremacists and Russia has gone beyond just rhetoric. They’re organizing:

But links between Moscow and America’s white supremacy movement are far deeper than approving rhetoric. Spencer, for instance, who has said that he “admire[s]” Putin and who has called to break up NATO, also helped organize a 2014 conference in Hungary that was slated to feature, of all people, Alexander Dugin. A political philosopher, Dugin is both an erstwhile Kremlin confidant and the progenitor of modern “Eurasianism,” which places, in part, Russia as the center of global anti-liberalism. Dugin, whose Foundations of Geopolitics continues to be assigned to every member of Russia’s General Staff Academy, was unable to attend the conclave in Hungary due to Western sanctions. But Spencer nonetheless remains married to one of Dugin’s English translators.

Donald Trump and the frog squad have mainstreamed white supremacist ideas. We’re seeing the effects of this in our daily lives. As Buzzfeed reported this week, kids are quoting President Trump to bully their classmates. Ten incoming freshmen had their offers to attend Harvard University rescinded this week after sharing racist memes with one another on a Facebook group. There are 917 hate groups currently operating in the US. Hate crimes in the U.S. have increased by 20%since the election, the murders in Portland being the most horrific recent example.

Hate and racially charged rhetoric are being normalized all around us from the dark corners of 4chan all the way to the White House. Russian influence operations are tapping into racial resentment that already exists in America, and they’re using the same active measures they used in 2016 to turbocharge the spread of white nationalism. The goal hasn’t changed: weakening American democracy by any means necessary. Sadly, American white nationalists, and the racial resentment among white Americans more broadly, gives them plenty of material to work with.

I want to thank and acknowledge Seth Samuels and Jane Condon for their generous contributions to Ctrl Alt Right Delete. Both Seth and Jane have been subscribers from the beginning, and I greatly appreciate their belief in this newsletter.

Thanks as always to Nicole Belle for editing! I could not do this every week without her help.