Weaponization and radicalization are often seen as separate problems. There are people and groups that work on combating hate and radicalization, and those who work on social media weaponization including propaganda and fake news. Generally, I’m interested in intersection of the two. I’m not an expert on bots or neo-Nazis but after a year of observing and writing about all things Frog, I’ve gained a lot of insight into the relationship between them. I understand how social media can be weaponized against us and how a not insignificant portion of a population can be radicalized as a result.

The more I learn about weaponization, the less I enjoy social media. Mike Monteiro’s Oral History of Twitter really resonated with me for that reason. The same platforms that used to be so much fun, that offered anyone the opportunity to make their voice heard, that were such a wonderful way to organize, now just feel like a battlefield. Extremists have waged a sustained effort to radicalize as many people as possible on social media, and drive the rest of us offline and out of the conversation. Women have bore the brunt of the abuse, especially women of color. Other than the #MAGA crowd and the Russian operatives who love them, no one seems to be having a good time online these days.

I’m angry at Facebook and Twitter. They’ve failed in their obligations to us and they have a lot to answer for. But I’m also worried about our current fixation on tech. Social media is the most potent weapon extremists have in their arsenal but that weaponization works because it taps into societal problems such racism and misogyny that already exist. Tech companies can stop allowing their platforms to aid in spreading extremist views but they can’t make the underlying problems disappear.

Russian operatives, as it turns out, have a talent for exploiting those same weaknesses, and part of their strategy included moving American activists of all political persuasions up the ladder of engagement. This week, we learned a lot about the extent of their US operations:

The fact that Russian operatives were able to support 100 American activists (who likely didn’t realize they were working with Russian operatives) with some financial resources and organized 40 offline events on U.S. soil is troublesome enough. It probably doesn’t surprise you to learn that Russia bolsters the so-called alt-Right. But Russian operatives were recruiting activists, and making small inroads into activist communities, on the left and the right. As I mentioned last week, ThinkProgress uncovered an elaborate Russian propaganda effort aimed at infiltrating #BlackLivesMatter activist groups. Casey Michels, who wrote the initial story, interviewed Nolan Hack, the only known American to write for the site, “Black Matters US”. And Buzzfeed interviewed several Black activists coming to grips with how their communities had been infiltrated.

Meanwhile, several Trump campaign staffers retweeted Russian propaganda in the days before the election and as Clint Watts pointed out months ago “gray outlets” tweet propaganda and disinformation at Trump with high volume at times when he’s known to be online. 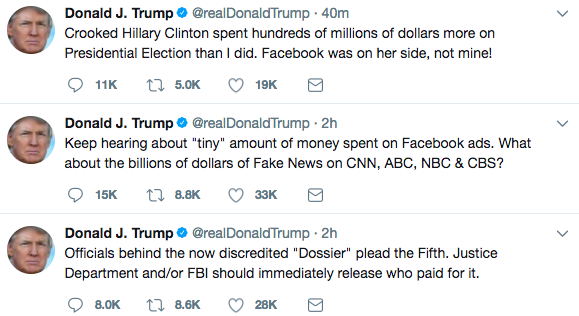 It’s a good reminder that the goal of extremists isn’t to help one group but to destabilize democracy. Whether we’re talking about Russian operatives or the homegrown neo-Nazis who love them — literally, in the case of Richard Spencer, who’s married to a Russian propagandist — we’re all susceptible even if we don’t think we are. And tech alone won’t solve the problem.

One more thing about the intersection of weaponization and radicalization: Given how the Frog Squad’s offline events tend to go (see: every Milo and Richard Spencer appearance on a college campus), the fact that Russian operatives are also organizing offline events is worrisome. Extremism doesn’t just live on social media, and that Russian operatives are able to organize events and coordinate with folks on the ground with some credibility has the potential to cause a lot of damage beyond just the 2018 and 2020 elections.

Read this on Medium 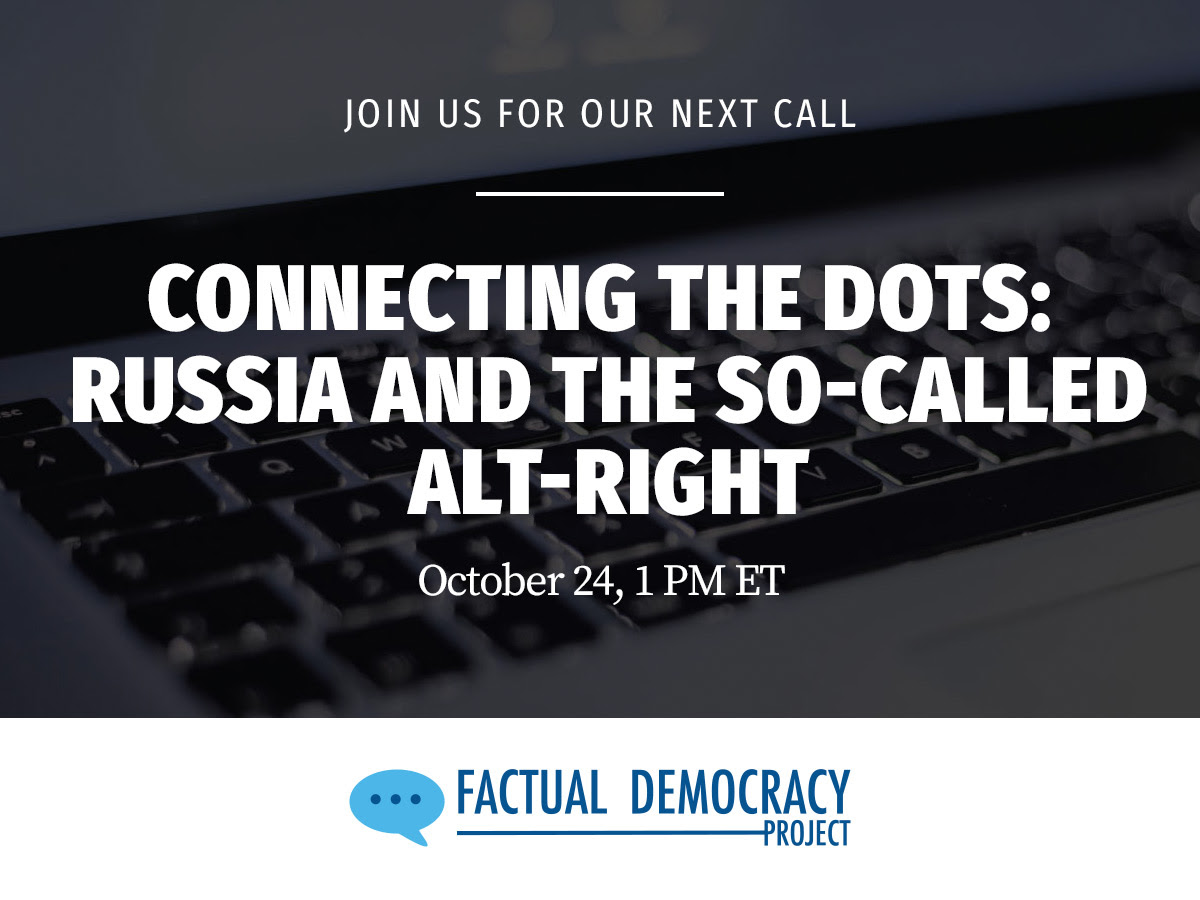 Register for Connecting the Dots: Russia & the Alt-Right

Register for Connecting the Dots: Russia & the Alt-Right

This call is open to the public and press. Talk to you on Tuesday!

This series is made possible in part thanks to the generous Civic Sponsorship of Ruth Ann Harnisch, an activist investor using private funds to underwrite this exchange of information so that YOU can take action to create the world you want to live in.

No newsletter next week as I’ll be in London. If you’re also attending MisinfoCon or Mozfest be sure to say hello. Otherwise, talk to you the week after. Thank you as always to Nicole Belle for copy editing.