Top Five Posts on Medium (based on reads):

5. Seth Rich Conspiracy Conspiracies
4. “Follow the Trail of Dead Russians”
3. How Trump and his Army Beat Us Online
2. Eight Glimmers of Hope in an Otherwise Crap Week
1. Why Your Republican Uncle Doesn’t Care About Trump and Russia

5. There Are Bots. Look Around (RibbonFarm)
4. I Found Nicole Mincey, Trump’s Biggest Twitter Fan. She Isn’t a Bot, But She Has a Ton of Secrets. (The Daily Beast)
3. Psychologists Surveyed Hundreds of Alt-Right Supporters. The Results are Unsettling. (Vox)
2. How The Pro-Trump Media Responds To A Crisis In Just 4 Steps (Buzzfeed)
1. When White Nationalists Chant Their Weird Slogans, What Do They Mean? (SPLC)

A year later, this list is still growing, and you’re still reading. I’m deeply grateful to all of you for staying engaged. Thank you for continuing to fight for democracy and against the Frog Squad.

The Frog Squad’s response to the Flynn plea was textbook Frog, especially over at /r/The_Donald. Even Fox News and Breitbart had Flynn on the front page but our froggy friends at The_Donald spent most of Friday pretending the news didn’t exist. By Friday evening, they’d gone into blaming James Clapper, Hillary Clinton, and Barack Obama. Through it all, they’ve had next to no interest in the tax bill that Senate Majority Leader Mitch McConnell was ramming through the Senate, because as we’ve established, they have no interest in legislation.

It was fun watching Breitbart cope the with news as well. Earlier on Friday, they tried to play it straight, but by Friday afternoon they were blaming Trump’s lawyer Ty Cobb. Eventually, they decided to take a shot a Jared (dubbed Mr. Perfect) and remind us all just how much Steve Bannon loathes Javanka. Much like The_Donald, Breitbart wasn’t all that interested in the tax bill though the main headline for much of Saturday was an expression of glee because its passage made liberals and celebrities mad.

If you’re looking for what it all means, Lawfare’s analysis is worth reading. Marcy Wheeler has a good take on what’s next. If you’re burned out on analysis and just want snark, enjoy this popular meme: 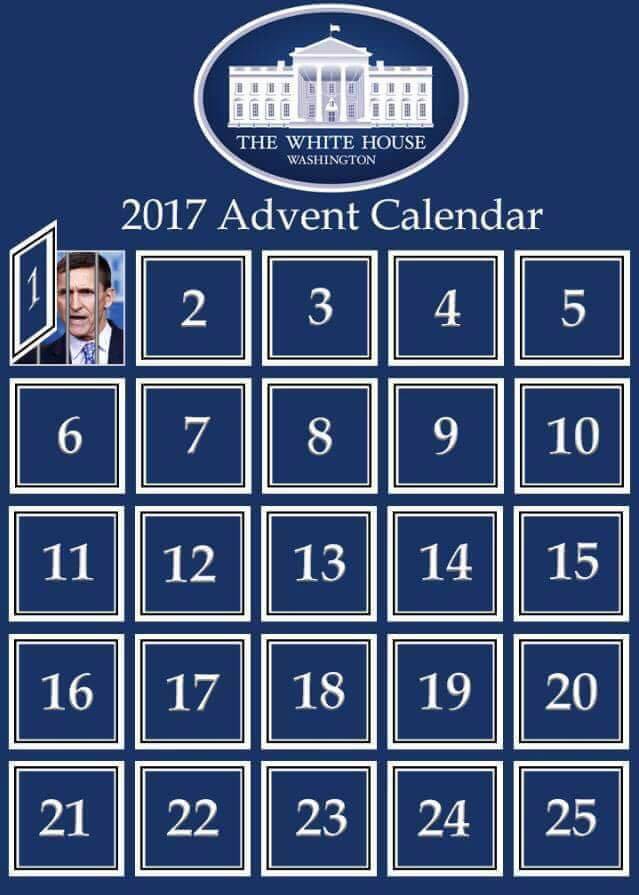 As I’m setting up this newsletter Trump’s having his daily Twitter meltdown. He and his army are still a bit scattered as to their strategy. ABC News gave them a gift with the Flynn correction and resulting suspension of Brian Ross but Trump would like us all to remember that Hillary Clinton is the real criminal. Trump is also attacking the FBI, an agency his Justice Department has overseen for just under a year now. But really Trump and the Frogs would appreciate it if we’d all forget about Mueller and focus on the Kate Steinle verdict, the real story that the fake news media wants you to ignore.

The Frog Squad will throw everything they’ve got at delegitimizing the Mueller investigation. It’s probably a good time for all of us, especially reporters, to re-read Twenty-Five Ways To Suppress Truth: The Rules of Disinformation. The next few months are gonna be intense.

Next week will be the last edition of Ctrl Alt Right Delete for 2017. I have a few related projects in need of my attention and the holiday season is a good opportunity to hunker down and finish them. Frankly, I also need a bit of a break from the weekly grind. After next week’s email I’ll resume publication January 7, 2018.

That’s a wrap! Thanks as always to Nicole Belle for copy editing.